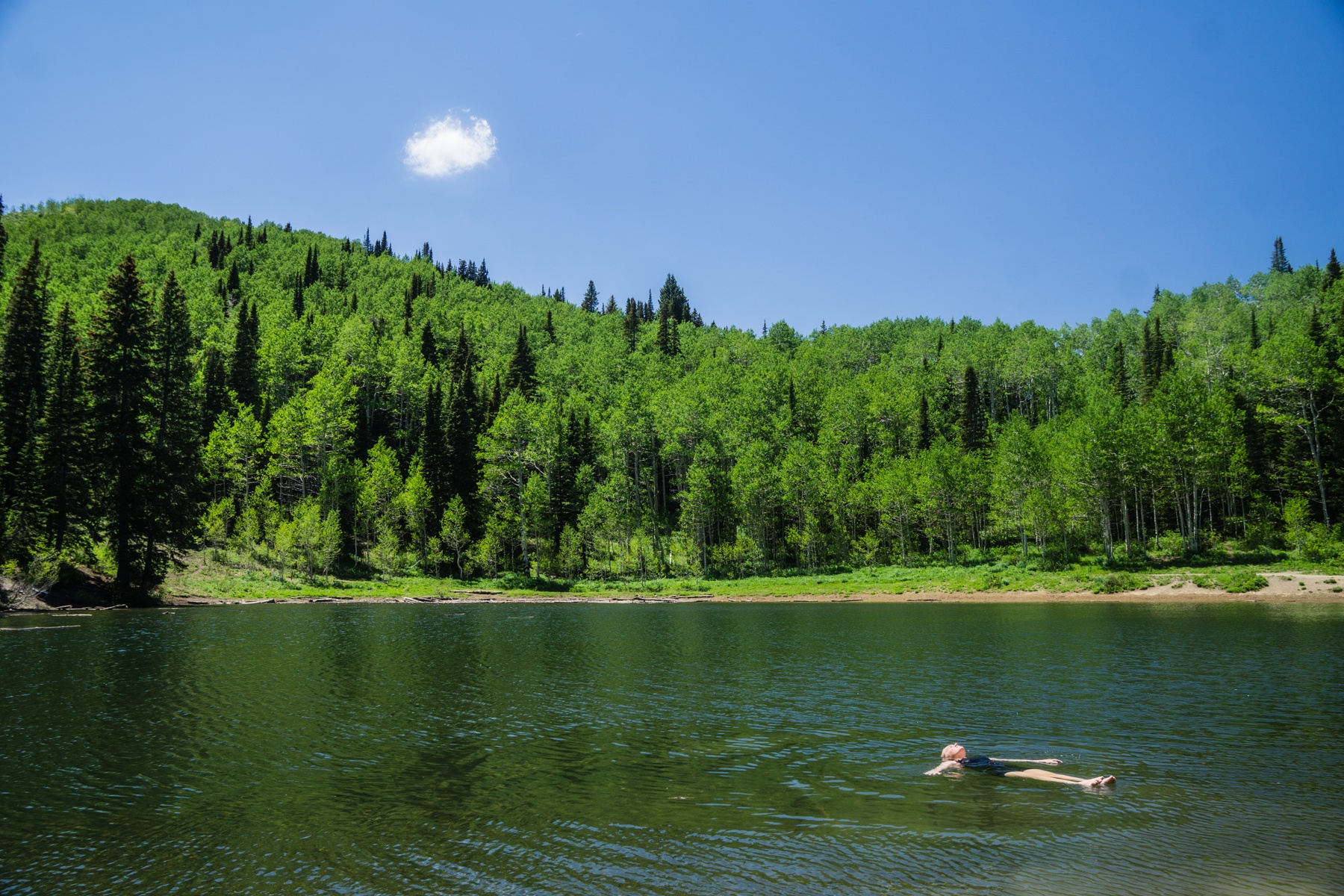 The flight into Salt Lake City, Utah is not one to sleep through. Flying over the canyon, across the Great Lake, and over wetlands provides a unique patterned landscape unlike anywhere else, all set against the backdrop of the Wasatch Mountains. While the city started with humble beginnings from Mormon laws, those conservative practices concerning booze and gay rights are gradually being shed. Salt Lake City is right on the cusp of becoming a hot destination in both summer and winter. We got to know the northern Utah city and discovered the must see Salt Lake City attractions. 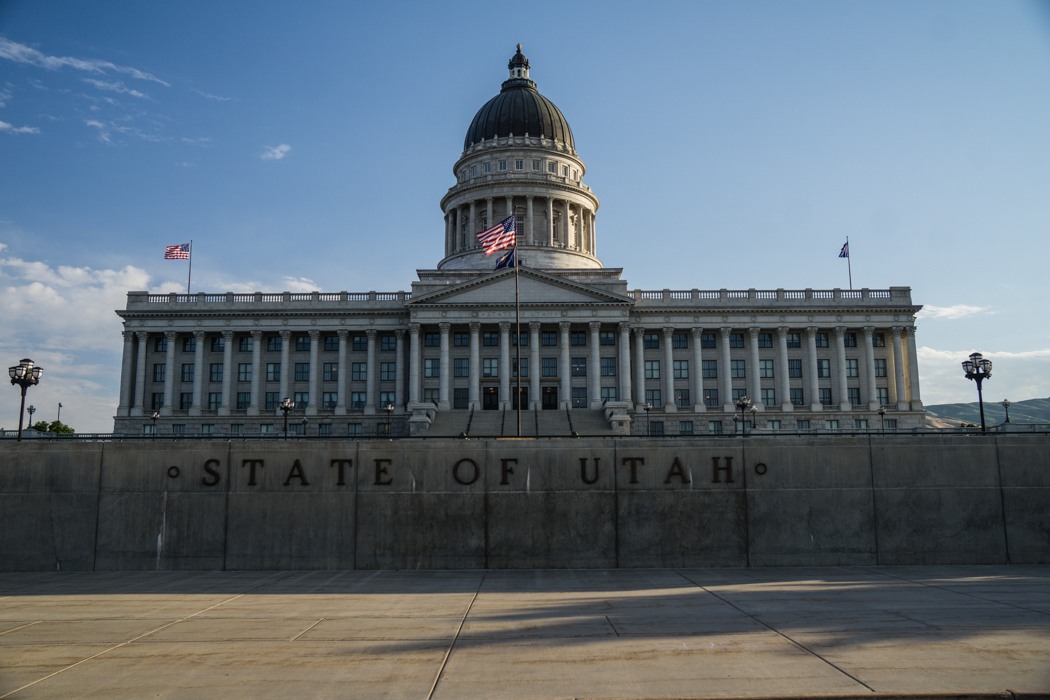 The Utah State Capitol in Salt Lake City is a must see while in the city. Image © Steph Ridhalgh

There are Mormons, but not as Many as Everyone Thinks

Most people associate Salt Lake City with Mormons and while the headquarters of the religion is based there, populations are shifting. While the city used to be a ratio of 60/40 Mormons to other faiths, members of the church have left the city and relocated within Utah. 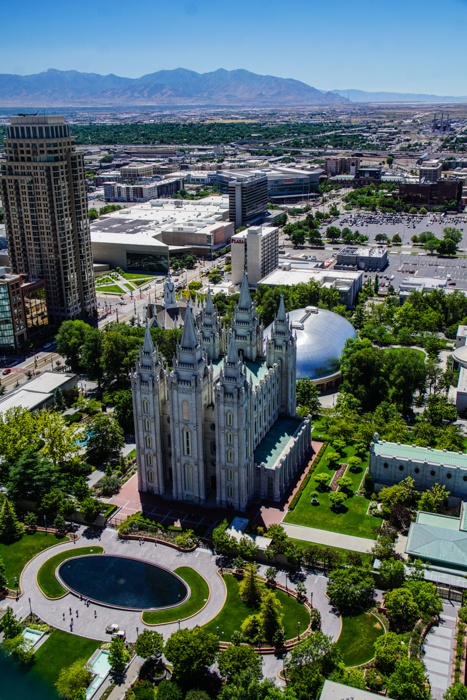 Historic Temple Square and the headquarters of the Church of Jesus Christ of Latter-day Saints in Salt Lake City. Image © Steph Ridhalgh

Temple Square is an important part of not only Salt Lake City, but Utah’s history. Home to the Church of Jesus Chris Latter Day Saints, more commonly known as Mormons thanks to a little play called The Book of Mormon, it is the spiritual heart of Utah. Whether you are a history buff or fan of architecture, the 35-acre complex is free for the public to roam except in the Temple, which is reserved for members of the Church only. It is also home to the world-famous Tabernacle Choir. The oval structure has a dome top and is known for its excellent acoustics, which is demonstrated by the sound of a dropping pin echoing throughout without the use of a microphone.

If you have always wanted to get on ancestory.com, head to the Discovery Centre. Temple Square houses the largest genealogical library in the world and free to use for those looking for family ancestry. 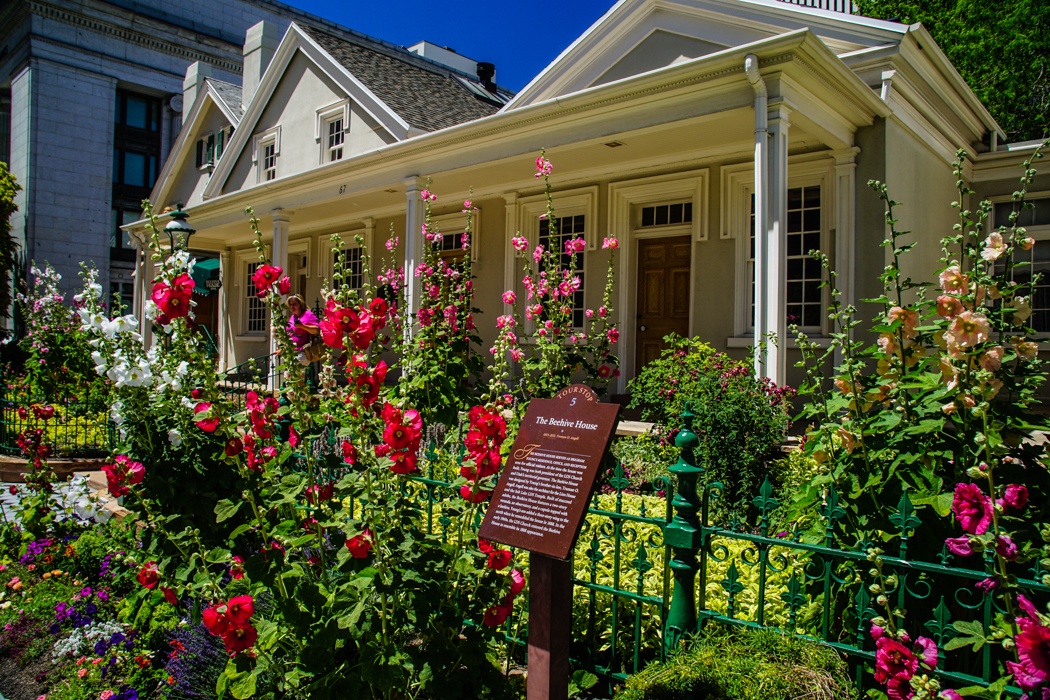 The Beehive House in Salt Lake City. Once home to Brigham Young, an early leader of The Church of Jesus Christ of Latter-day Saints. Image © Steph Ridhalgh 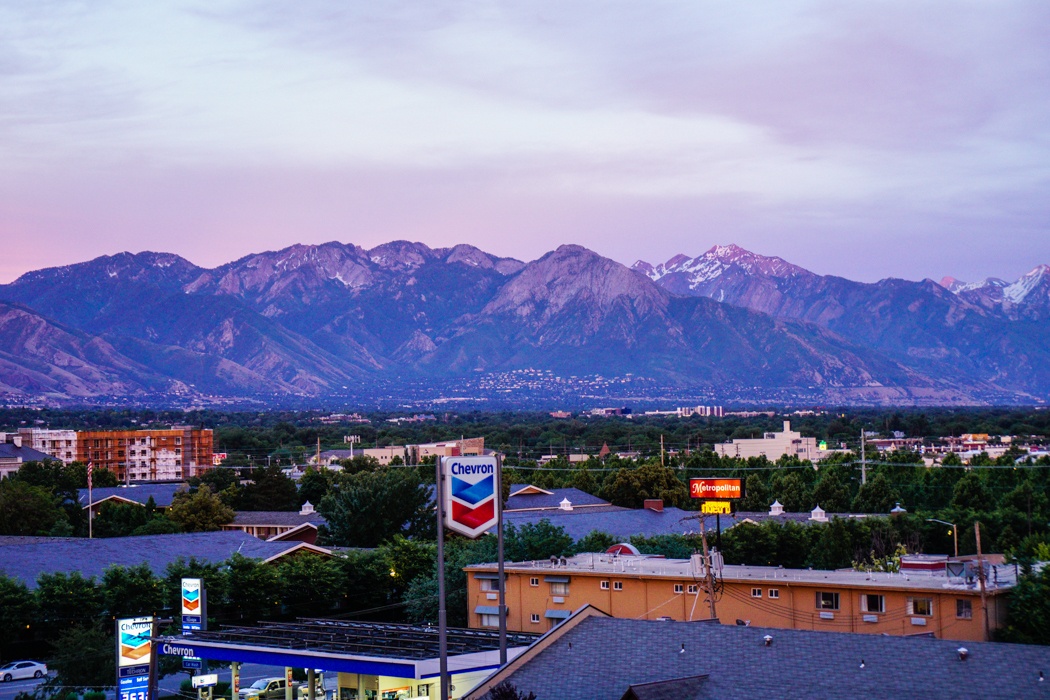 A purple glow rises from the mountains outside of Salt Lake City, Utah. Image © Steph Ridhalgh 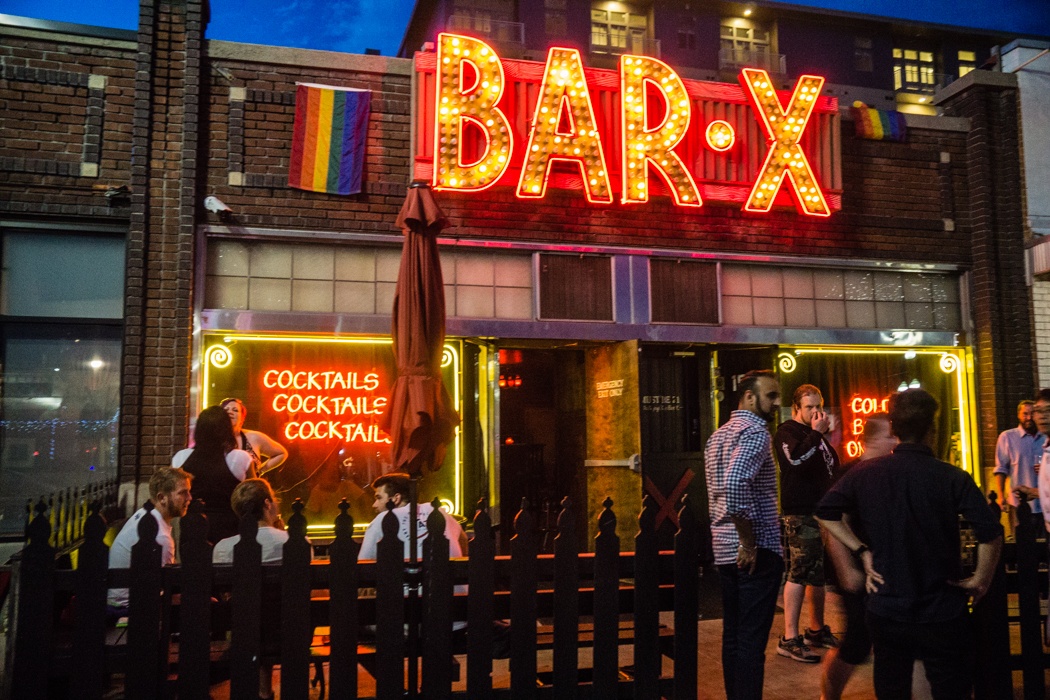 Bar X is one of Salt Lake City’s oldest bars that opened right at the end of prohibition. Image © Steph Ridhalgh

You can find a drink in Salt Lake City

The liquor laws of Utah are notoriously whispered amongst travellers and misconceptions spread. Contrary to popular belief, you can buy a drink in Utah. While the state laws in the past were reflective of Mormon beliefs, Utah now has ‘normalised’ liquor laws and no longer have some of the ‘quirkier’ laws such as an ‘iron curtain’ – a partition to block the view of alcoholic beverages being mixed, mainly to shield kids.

You can’t buy a beer higher than the standard 3.2% sold in grocery stores which is perfect, given the explosion of great breweries and distilleries in the area. If there is one bar you check out, head downtown to Bar X. This is one of Salt Lake’s oldest bars that opened right at the end of prohibition. It has a speakeasy style and is known for some of the best cocktails in town. Bonus points if you see Ty Burrell AKA Phil Dumphy from Modern Family. He is a part owner of the Salt Lake City bar and known to stop by once in a while. 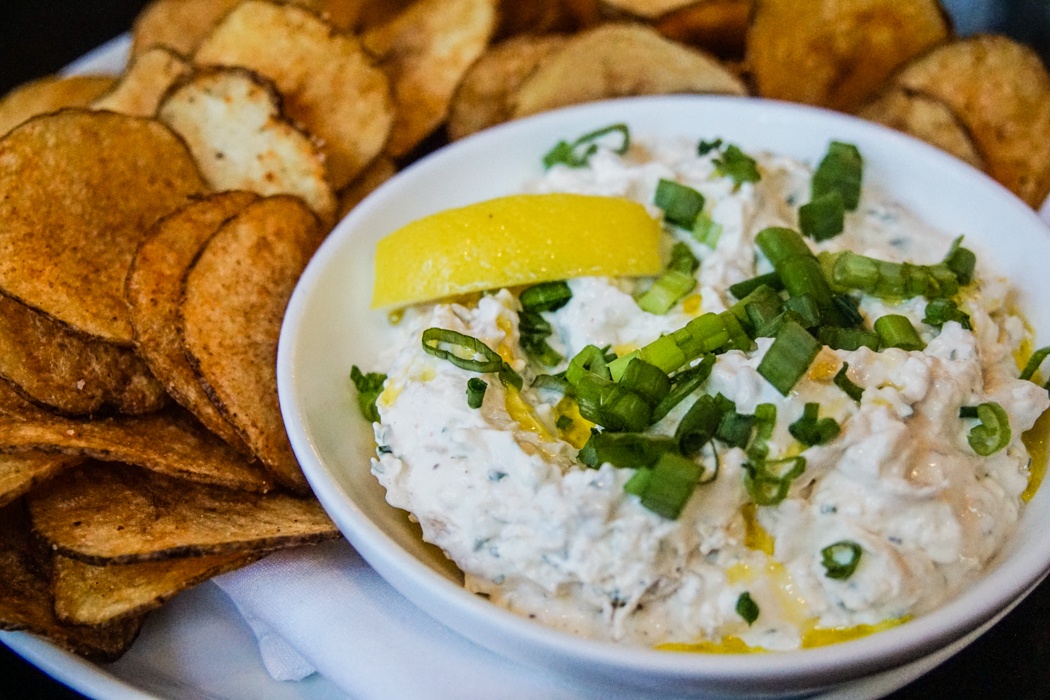 You Should Order the Seafood

It sounds bazaar to tout a land locked city to be thriving in seafood, but thanks to proximity to the International airport, seafood is delivered fresh daily to SLC for locals and visitors to enjoy.

Set in an old Ford car dealership, the industrial-chic design of this warehouse is a transformation you would never expect. Glass, exposed brick, and support beams lend itself to appearing like the hull of a ship with large windows and open kitchen visible to diners at Current Fish and Oyster restaurant. If raw fish is on your radar, the Two Minute Ceviche is fresh and light to start with. The Smoked Clam Dip is completely underrated simply due to its name, but delicious nonetheless with a creamy texture. The Sea Scallops take on an Asian flare through the carrot-ginger nage. 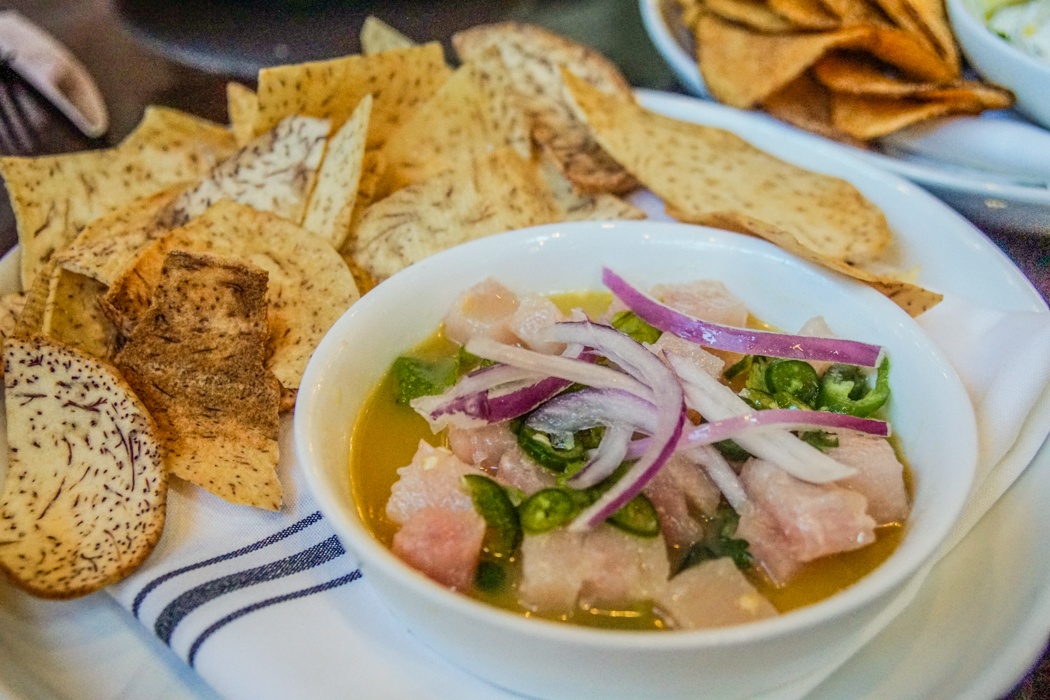 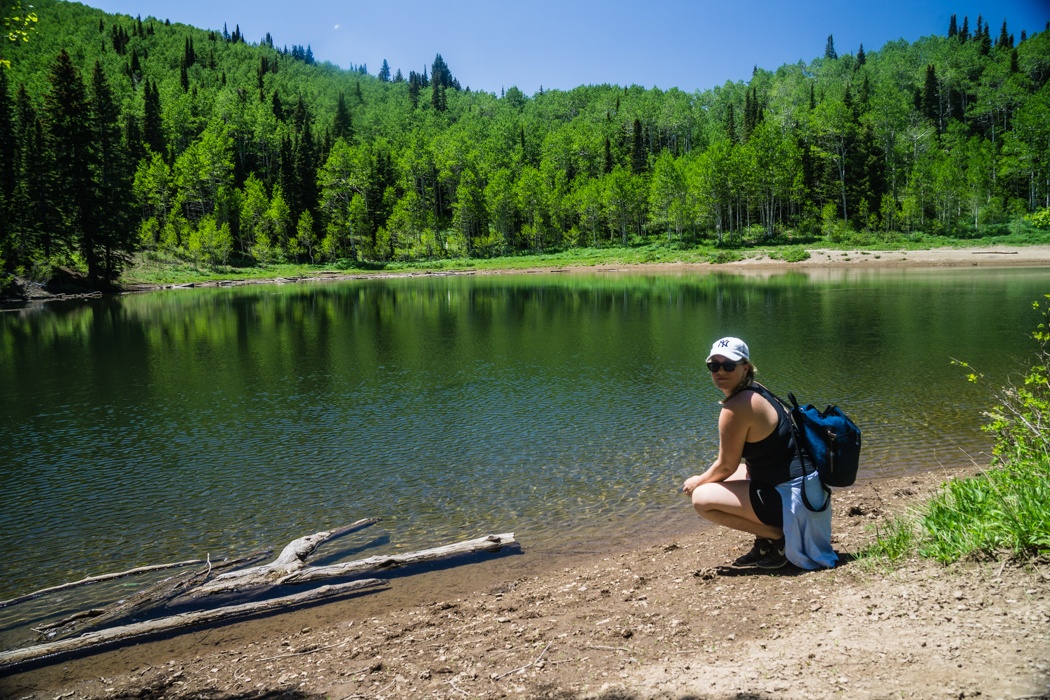 North Fork Trailhead is a tougher hike but you will be rewarded with a beautiful swim in this lake at the end. Image © Steph Ridhalgh

The Great Outdoors is Only 15 Minutes Away

Big and Little Cottonwood Canyons, which offer sublime ski runs during the winter, also offer dozens of hikes and trails to discover in the summer. The scenery in just extraordinary, from snow-capped mountains that bleed into pointy pines, to silver tree trunks that glisten in the sun. Most venture to Donut Falls for a bit of waterfall fun, but if you are excited by a little challenge, head over the road and take North Fork Trailhead. Probably a little more demanding of a trail, but the lake at the end is so exquisite, it’s worth the sweat and aching calves, which is nothing compared to what the mountain bikers riding up go through. The trail up to Dog Lake is mostly uphill with a few reprieves here and there. The best way to think about that though is that it’s easier on the way down unless you have bad knees. The last kilometre is tough on the glutes, calves, and quads, but totally worth it. As you ascend to the top, the crystal blue lake mirage will appear on the horizon except it’s real, and it’s likely you will have it to yourself. It’s worth a dip, if you dropped a few kilos in sweat. 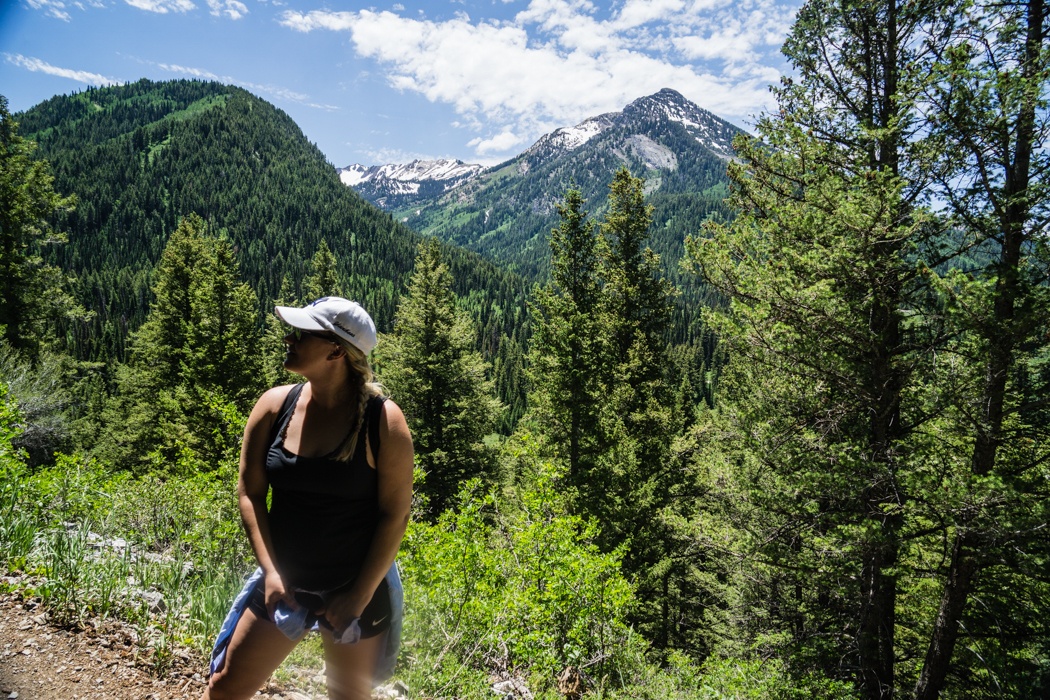 Hiking in the sunshine in Big Cottonwood Canyon, Utah is the perfect way to spend a summer’s day. Image © Steph Ridhalgh 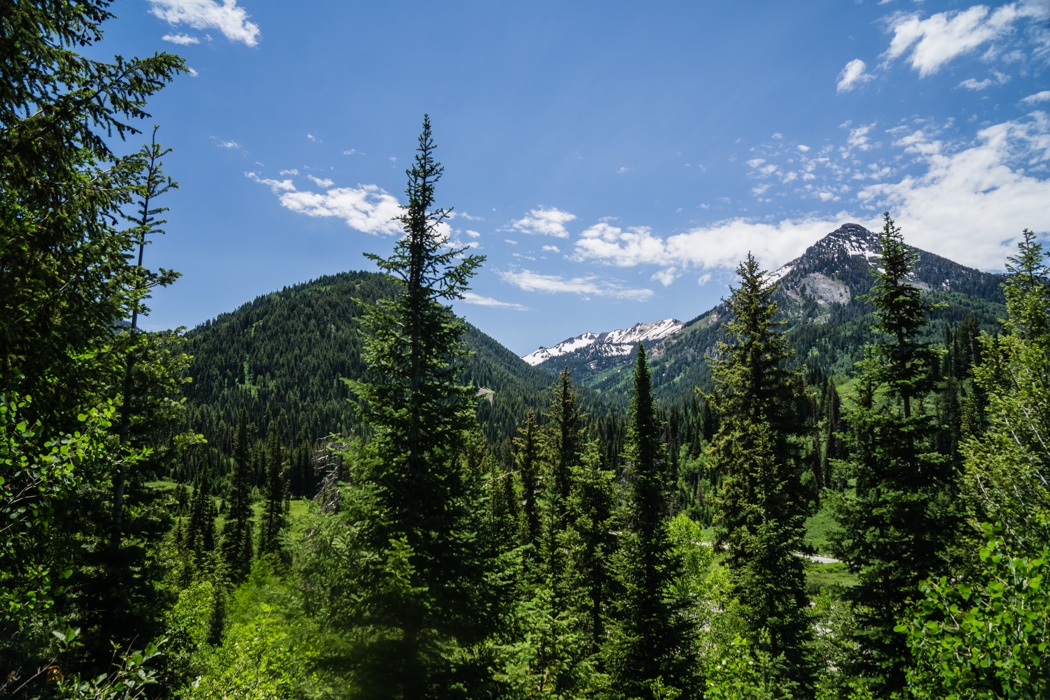 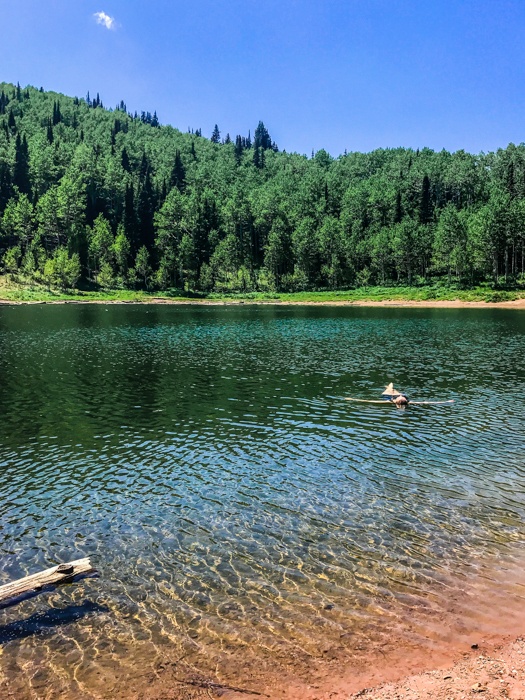 Horseback ride at This is The Place Heritage Park

Near the mouth of Emigration Canyon, amusingly named, This Is The Place Heritage Park pays tribute to the location where Brigham Young first saw the Salt Lake Valley and decided it was the new home for his people. Young reportedly came through the Canyon, overlooking the Salt Lake Valley and said the words, “This is the place.” With that, the settling of Salt Lake City began. The facility replicates and shows what life was life back in the day when the Mormons settled in Utah. Release your inner cowboy or cowgirl and hitch a ride through the base of Emigration Canyon for a spectacular view overlooking Salt Lake Valley. 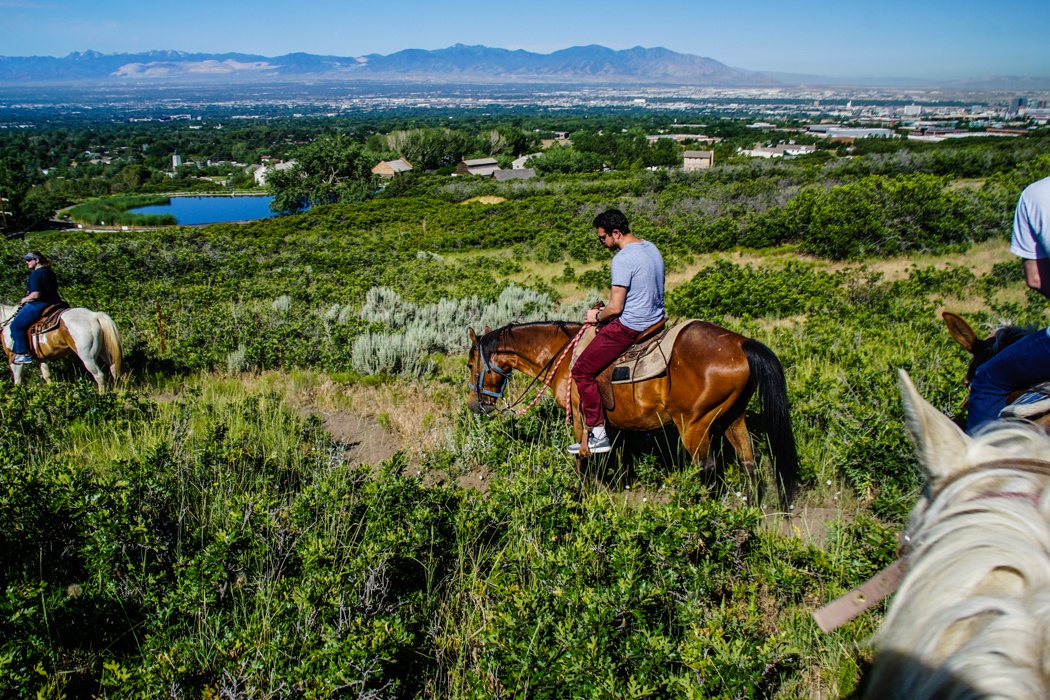 A beautiful morning horse riding at This is the Place Heritage Park, Utah. Image © Steph Ridhalgh 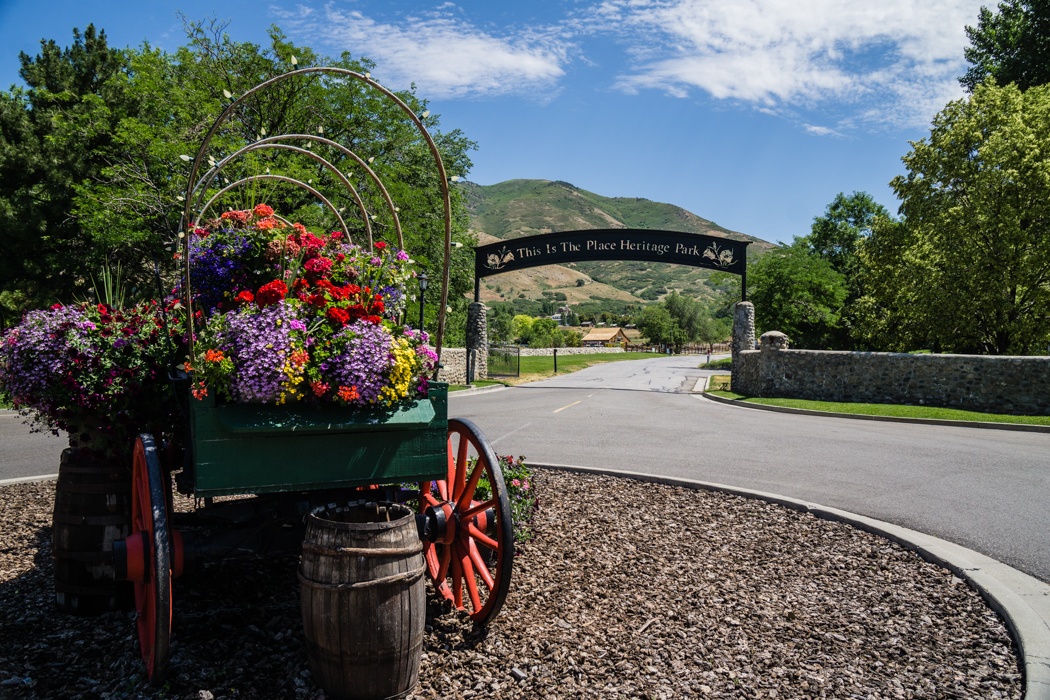 Gateway to the stunning This is the Place Heritage Park, Utah. Image © Steph Ridhalgh

The Fit Traveller was a guest of Visit Utah for this trip. As always, the opinions, words and images are authentically our own. 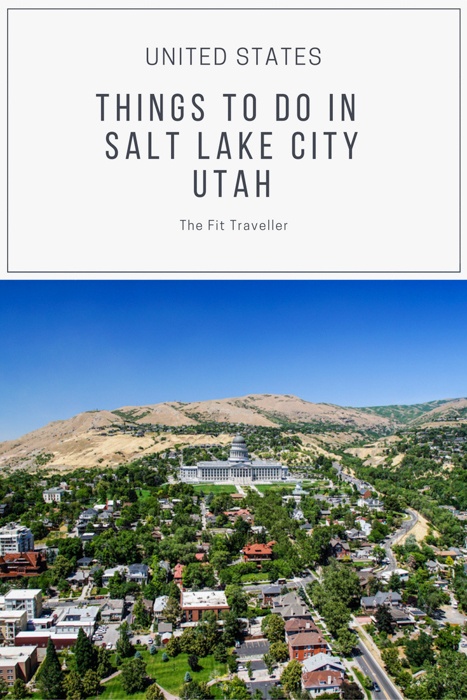