Ahh brunch! A magical wonderful thing I have taken to like a pig in mud since moving to New York. Of course, I was familiar with the concept before moving, but healthy brunch NYC style is a whole other ball game – more than a sport, it is a religion. For instance, brunch cannot and will not be defined or restrained by time. If you sleep ’til noon, those eggs benedict will still be waiting for you when you arrive at 2pm. In fact, most places serve their brunch menu as late as 4pm. 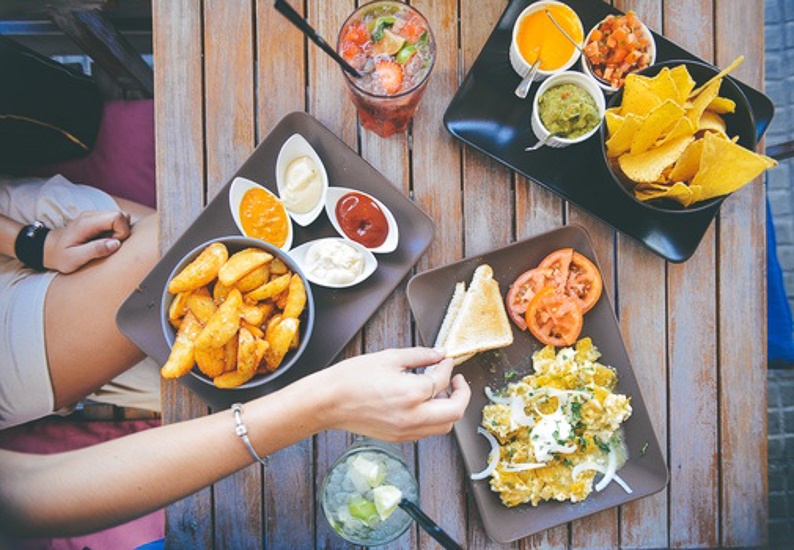 This also usually won’t be your hangover remedy, unless your method is to just keep drinking. Then you’re in luck. Most places offer cocktails such as mimosas and Bellini’s to wash down that fluffy French toast. But going to brunch every weekend can take a toll on that diet that was going so well before Friday came around. Luckily a new breed of brunch spots is popping up all over the city, aware of the weekly internal struggle for many of us New Yorkers. These are some of my favorite places that taste good on the lips but won’t spend a lifetime on the hips. 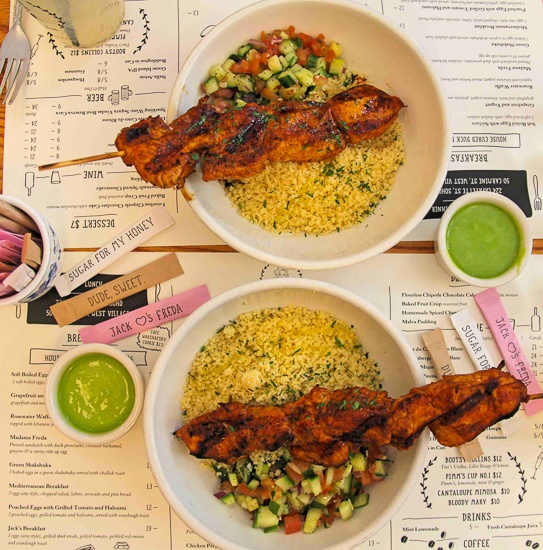 Jack’s was one of the first places I had brunch when I moved to New York and now it has become a regular in my black book of ‘go-to’s’. The SoHo establishment has a warm welcoming atmosphere with an American bistro feel and everything on the menu is a hit. So when it was announced they were opening a new West Village location only 3 blocks from my apartment, my purse strings were shaking. 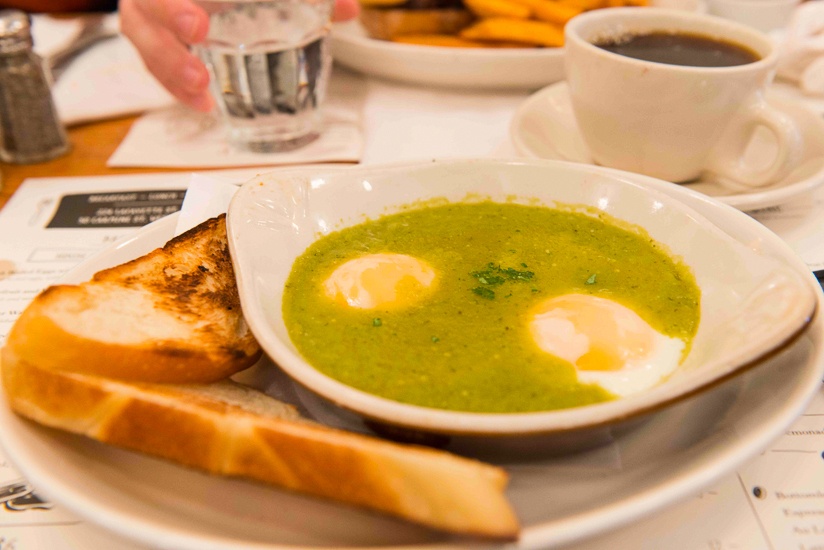 The new location is a larger space with a longer menu but still features all the classic Israeli/African favorites of the original. Famous for their Green Shakshuka, a traditional Israeli egg dish, JWF gives Middle Eastern flavours a modern twist. My favourites include the Chicken Kebab and the Mediterranean Breakfast; both are light in richness, but full in flavour. Finish off with the Nana tea – traditional mint tea served in a tall glass. 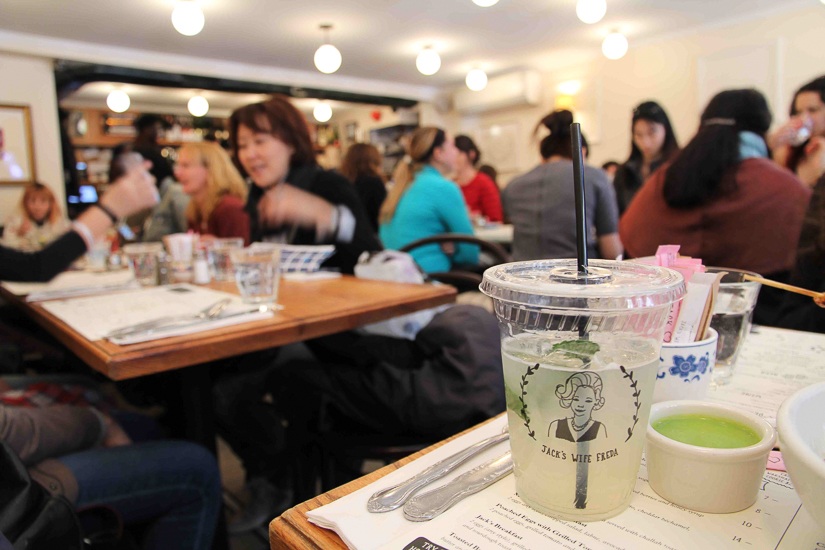 The food is incredibly fresh and mouthwatering and unlike most brunches in New York and the States, serving sizes are normal. The biggest problem I face when eating out in New York are the sizes of meals and Jack’s Wife Freda knows what’s going on. Also, many celebs flock to this hot spot, don’t be surprised if you are bumping elbows with Chrissy Teigan or Mindy Kaling. 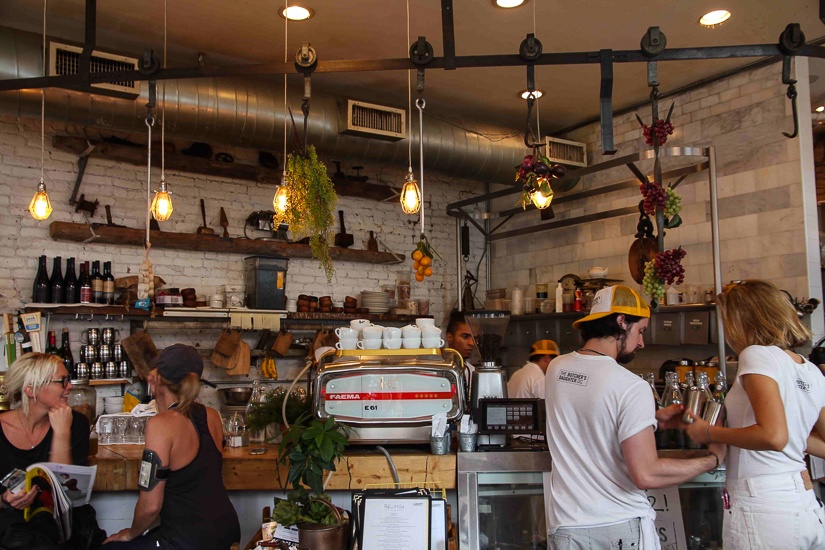 The Butcher’s Daughter is a trendy brunch joint in NYC. Image © Steph Ridhalgh

I have always been less forthcoming when it comes to trying vegetarian establishments being the carnivore I am, but The Butchers Daughter is the kind of healthy dining I not only like but love. This uber-cool café has an airy open style sitting and could almost be mistaken for a rainforest retreat.

The Butcher’s Daughter really is crushing the many stereotypes people have about how vegan food tastes and doing it in style. One can only try so many dishes at one sitting but from the looks of the plates going passed me, I will be visiting until I have tried everything on the menu. 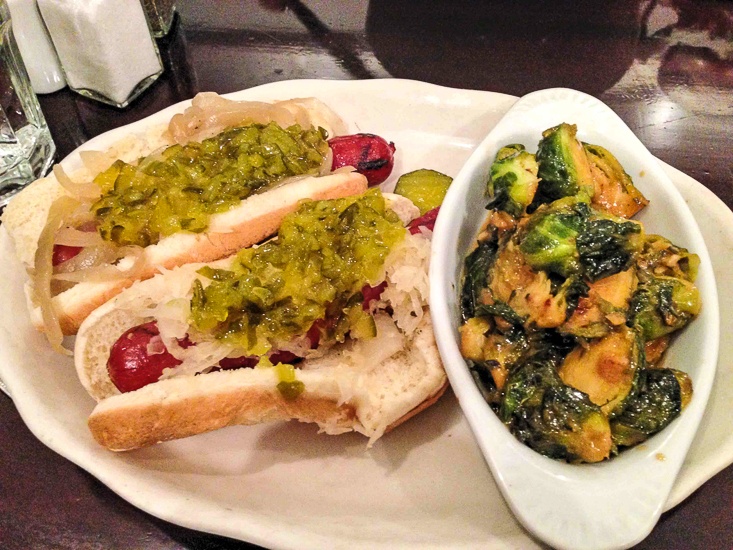 Get a tasty bit on the side at Westville Chelsea or East Village. Image © Steph Ridhalgh

Westville prides themselves on freshness and using the highest quality ingredients. This is the place to go if you want that home cooked meal away from home.  With over 21 different market sides, including my favourite honey Dijon brussel sprouts, I often say you could make a whole meal out of sides. 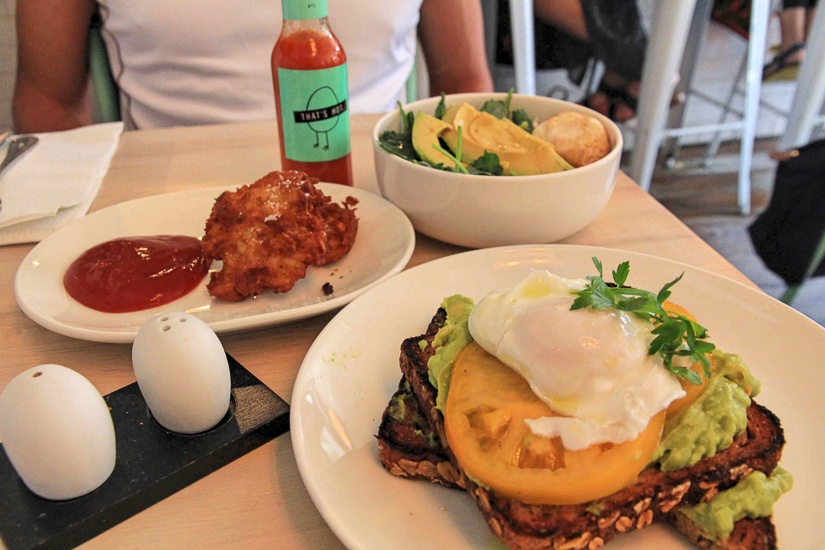 A whole menu devoted to reinventing the simple ingredient that is the egg is my kind of place. Just across the street from The Butcher’s Daughter, this Nolitian establishment has a bright welcoming atmosphere. A lot of places these days completely throw this brunch staple by the wayside, offering mediocre egg dishes. Not the case here at Egg Shop. Choose from a list of creative egg sandwiches, a poached egg with miso quinoa or maybe an egg cruiser served in a bowl. The egg-stensive (yes, I went there) menu will have you forgetting all about your overdone egg and dippy toast soldiers. Eggs are all sourced locally from content chicken, which is just egg-cellent (I couldn’t resist). The only thing left to do is wonder why anyone hasn’t done this earlier.