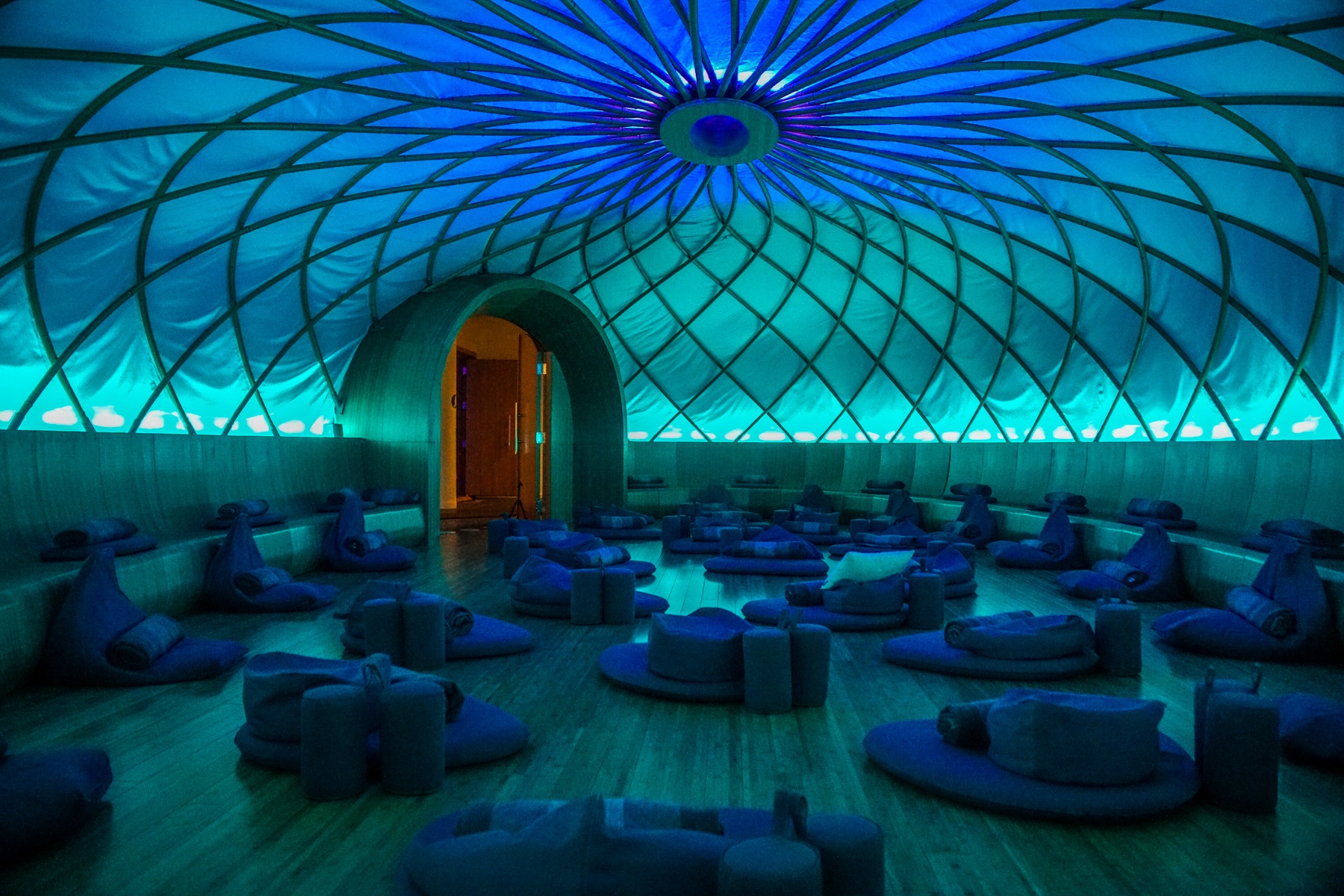 Okay, I will admit it. I have always been a skeptic of meditation. Whether it’s due to my lack of understanding or simply just ‘not for me’, I could never understand the concept of sitting in a room alone with all my thoughts. God forbid. But, New York is a storm in a teacup and when I heard about the new wellness trend of meditation studios opening in the city, of course, I had to try the city’s hottest new space, Inscape. 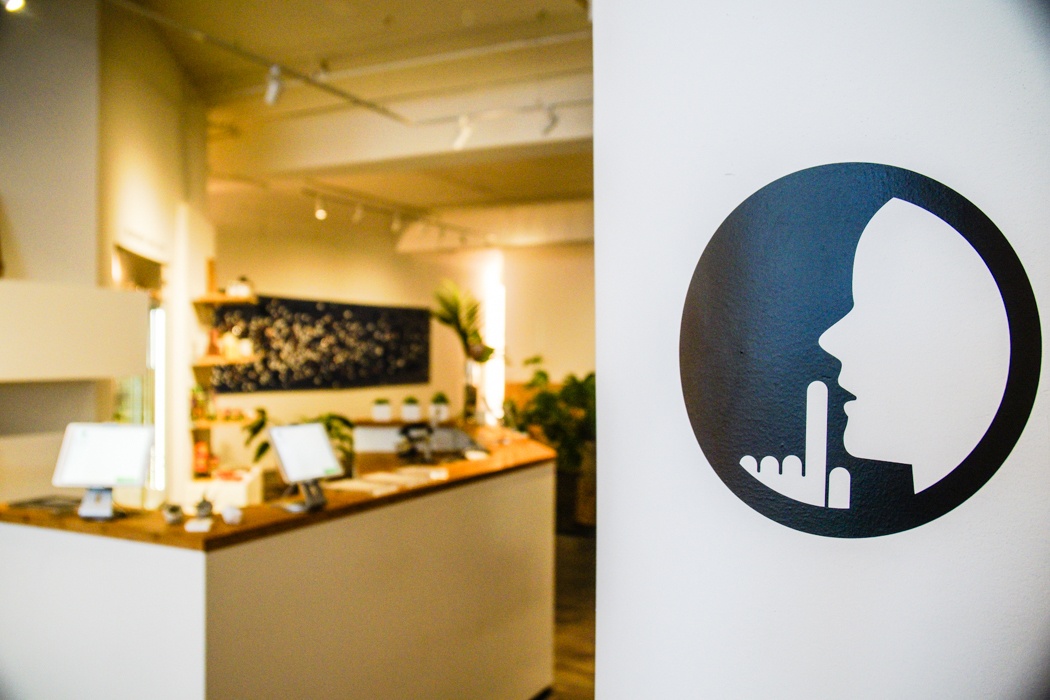 Inscape, along with other meditation wellness spaces in New York is the new soul cycle or Barry’s Bootcamp. They already have and likely will grow even more a cult following of city slickers looking to take the small time they have in their day to switch off and escape the city, even if it is located between two nightclubs and next to the busiest street in New York.

The French take a two-hour lunch break with a glass of wine, New Yorkers stop for a 33-minute meditation class and eat a grab-and-go meal back at their desk. Kind of ironic when you think about it.

So, I was interested to find out what it was all about. I decided to leave my skepticism and cynicism at the door in hopes to finding my inner self. 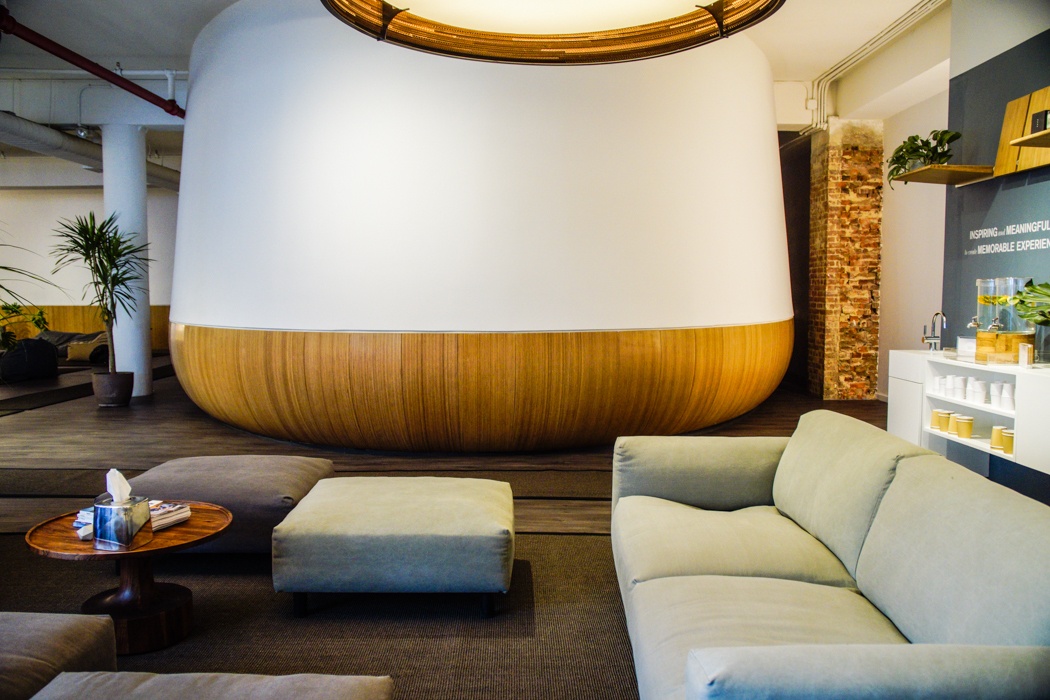 I walked up 21st street, sirens and horns reverberating, to Inscape which was wedged right between two nightclubs and a sports bar and ironically, that day, a huge film set. The perfect scenario to head into a meditation session. I was eager to see how switched off I could be from the outside world. Worried I would be judged by my clear lack of culture, they were very welcoming and sympathetic, taking the time to introduce me to the concept. I was ready to escape with Inscape.

Charlotte, a fellow Australian, living in New York, met me. Unlike me though, was her buttery hypnotic voice that guided me around with. Was this part of the meditation? It was like anything she said could have cured the world. Taking me around the lounge area in the front by the library and gift shop, followed by the relaxation bean bags by the studios. She showed me the hydration station with fruit flavoured water, which honestly by that point I could have been told it was hand delivered from the depths of the Amazonian river. Then onto the lockers and bathrooms and finally by both studios. The Dome, geared toward seated meditation and the Alcove, for horizontal relaxation – not to be confused with sleep. 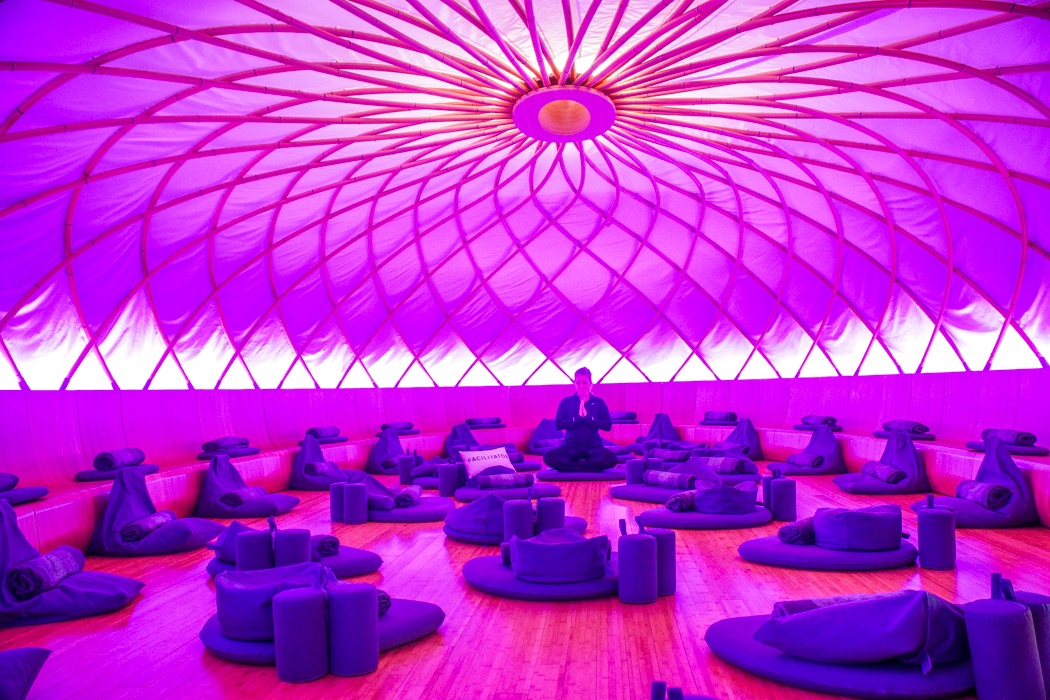 Steph gets comfortable for a class in The Dome at Inscape, New York. Image © Steph Ridhalgh

I was enrolled for a seated meditation, which was just as well. Lay me down anywhere and I will be out cold – snoring – not quite relaxing for the other patrons. I walked up to the door of The Dome ready to embark on my 33-minute practice. Sandalwood perfume placed on my wrists for a calming effect. I took a seat cross-legged on a navy blue beanbag towards the edge of the room (the equivalent of the back of a class) and draped myself in a matching alpaca blanket. The room itself was very cool and stylish, resembling what I imagine I would have lived in for nine months in the womb.

Charlotte, my tranquil speaking friend was the facilitator for this session. The facilitator does not run the class, but rather leads by example through cues from pre-recorded audio tracks, also voiced by a hypnotic woman, designed specifically for each session. 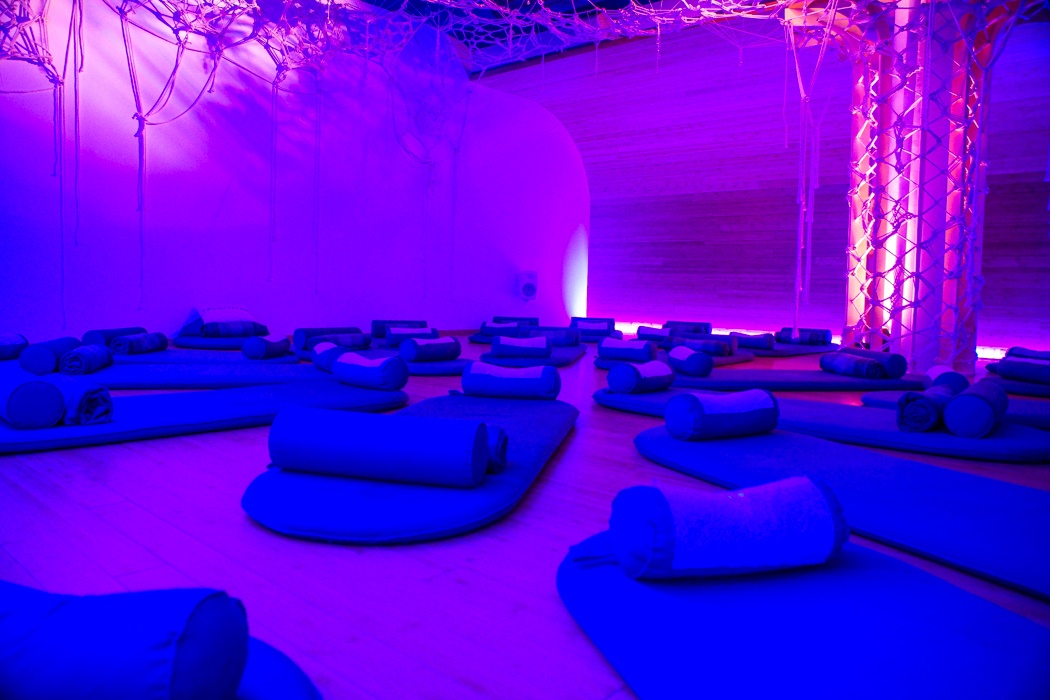 As we got in to the session, I wondered if I would make it through 33 minutes. That’s a long time to do nothing. It took a while for me to stop thinking about pizza or the last time I cleaned the shower. Then I had to compete with my natural ability to fall asleep just about anywhere. I took a look around the space, probably when my eyes should have been closed; there was the businessman on his lunch break, suit and all, an elderly gentleman, a girl in her twenties and the young entrepreneur in sweats. A range of people all looking to switch off for 33 minutes without any phones, emails, screaming babies, loud friends, annoying bosses, to do lists or errands to run. Unaware of how much time had actually passed, I eventually started to feel lighter, mentally. 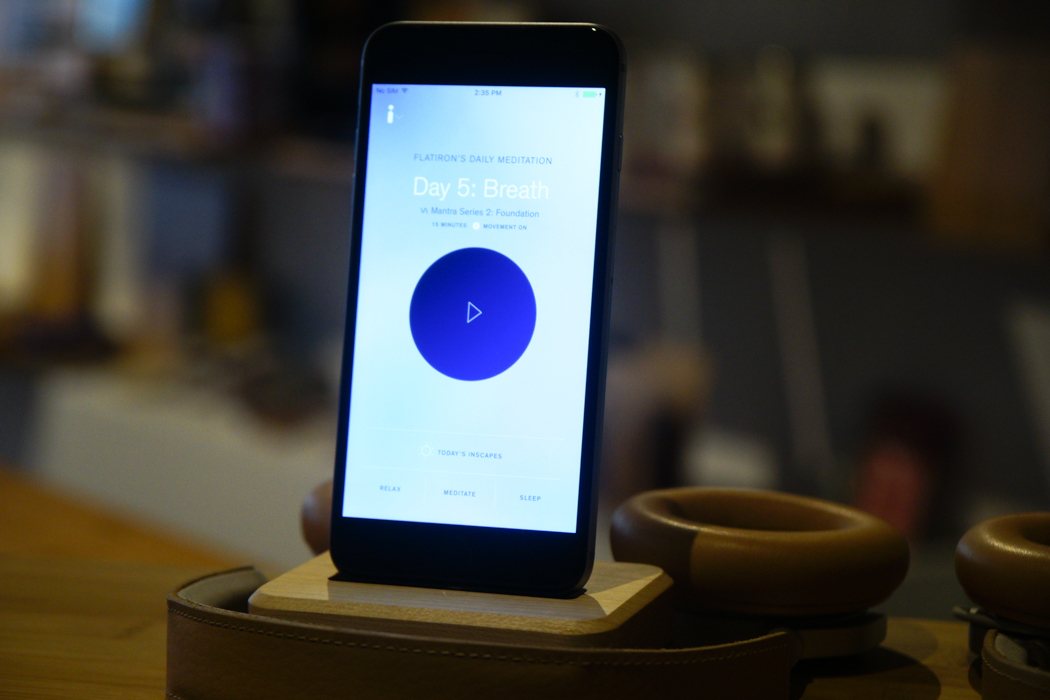 The Inscape app means that those who travel often or don’t live in New York can practice anywhere. Image © Steph Ridhalgh

A big misconception in meditation is, many believe it is the idea of not thinking about anything, just black. In fact, the concept is to acknowledge the thoughts that come into your head and look at them from outside the mind and body. Something still hard in itself. It’s an ongoing practice.

After 33 minutes had passed, I was much more relaxed and ready to enter the zoo of New York. I don’t think I was an A+ student on my first try, maybe more like a C-, but I realised something valuable; even if we are not actively engaging in meditation every single day, that small window of time without any electronic devices or distractions is actually something we probably need as we become more and more connected.

For those who don’t live in New York, Inscape has a subscription-based app with hours of guided meditation tracks. 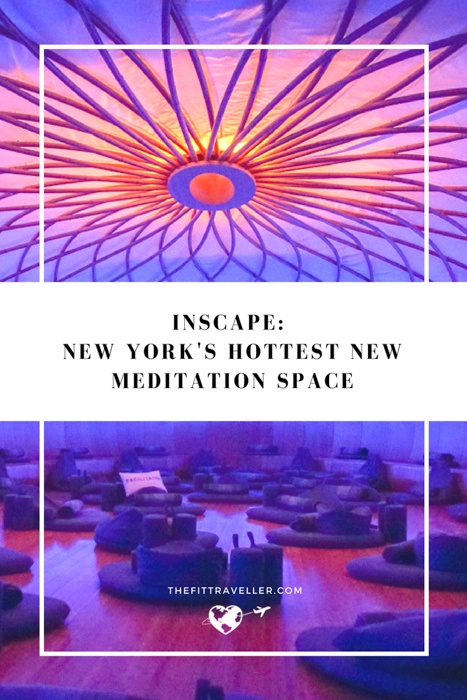 « Things to Do in Surfers Paradise: Where to Stay, Eat and Play
Bliss Sanctuary Health Retreat for Women, Bali »