It had been a long time between ouzos. 8 years in fact, since I’d last carted my backpack in Greece. I’d seen those breathtaking islands like Mykonos and Santorini in my younger, wilder days. But to be honest, the only site of Athens I could actually remember was the gyro stand at the port of Piraeus. So, after moving to the Middle East – a magical yet blisteringly hot and sandy land – a trip to Greece was the perfect plan. I’d been in the desert a little too long and had been working around the clock. I was feeling stressed to the max and looked and felt about 100-years-old. I’d convinced the boss to give me one week off – not enough time for my husband to come, so I would be on my own. What I wanted was a tech-free paradise escape in a place that would put me back together. Greece baby. 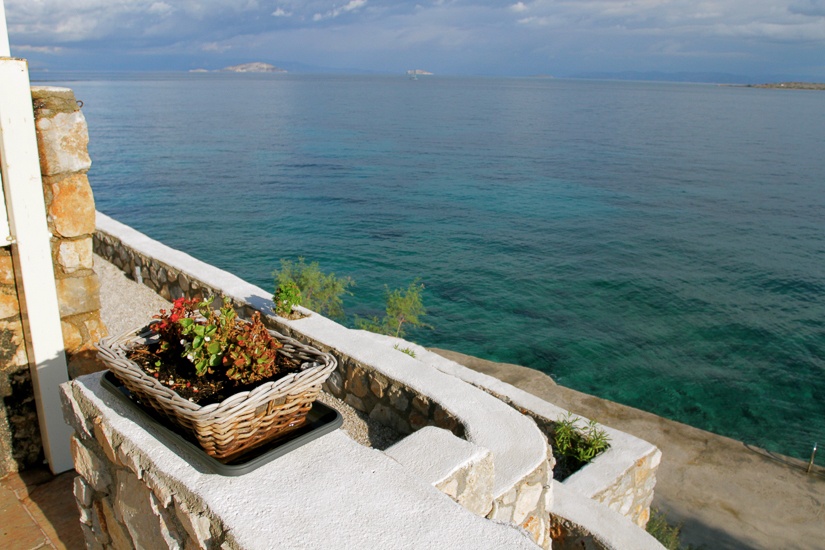 I landed in Athens and again headed straight for an island – but this time one that was a lot closer; Agistri Island. The ferries were just as I remembered: seasick tourists hurling into little white bags, as the locals sipped their iced coffee frappes with a mix of glee and concern. When I finally arrived at beautiful Agistri Island, I was the only person to hop off. I strolled up the road to Kekrifalia Luxury Hotel and Bar and met the lovely Leila. A stunning white-washed retreat resting on the cliffs above the turquoise Saronic Gulf. 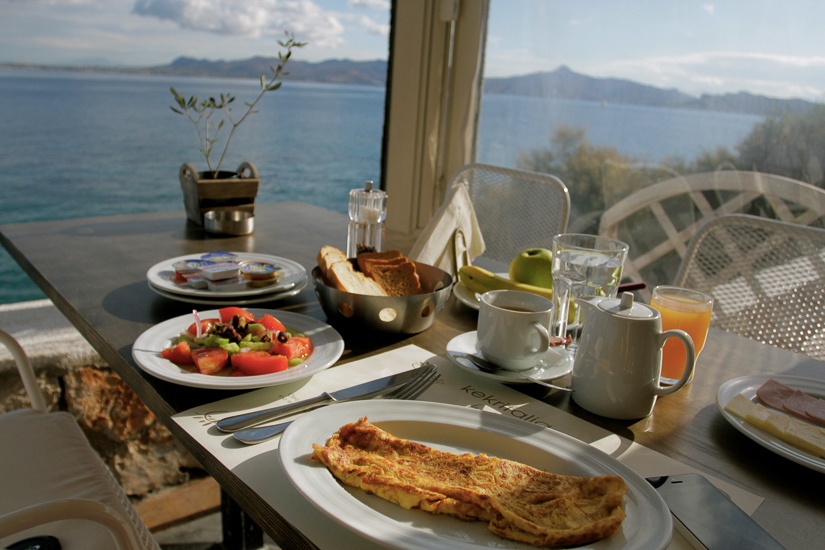 Breakfast at Kekrifalia Luxury Hotel is more like a royal engagement than a meal. The courses just keep coming. Fruits, yogurt, omelette, salad, breads, cheese, meats and a few little sweets. I could barely ride my bike around the island to explore.

Two doors up is Rosy’s Little Village. A yoga, meditation and bodyworks haven, with the best vegetarian lunch on the planet. I met Rosy and her German and Dutch yogis. These older women were all fit, lean, strong and alive. They asked me about my life, work, husband, dreams and gave me the pep talk I needed. They pointed to the three older Greek granddads bobbing in the ocean who were stretching and doing bicycle kicks in the air. ‘It’s important to keep moving as you get older,’ they remind me, ‘and make sure you keep having fun.’ Suddenly a healthy mix of salad, pear, avocado, pumpkin seeds, orange and olive oil was placed in front of me. ‘Eat up, Steph. You’ve come a long way. You’ve been working hard.’ I took at dip in the aquamarine sea until Leila called from the hotel balcony, warning that a big storm was brewing. Suddenly it was quiet. Really quiet, aside from the rain, and there was nothing to do. No Internet, no TV, just time to relax, re-group and listen to the thunder. It had been months since it had rained in the Middle East.

A few more days of eat, read, roll, repeat and I was feeling balanced and blissed out. The afternoon storms and even one day of flash flooding just added to the mood. I was now ready to head back to the mainland and give Athens the attention she deserved. 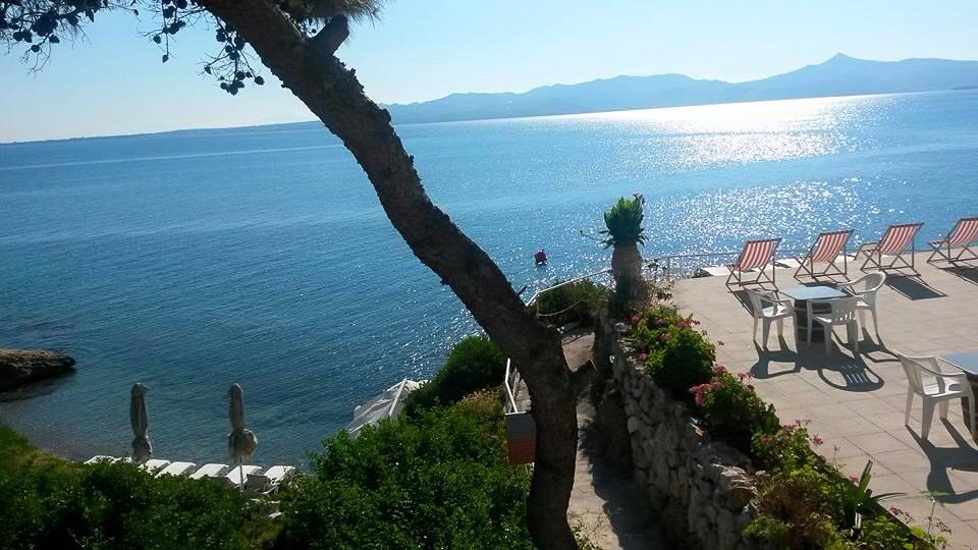 Stephanie Hunt is an Australian journalist. She’s currently based in the Middle East and works for Al Jazeera English.

Read more from Steph and Ben and purchase their photographic prints at www.habariproductions.com