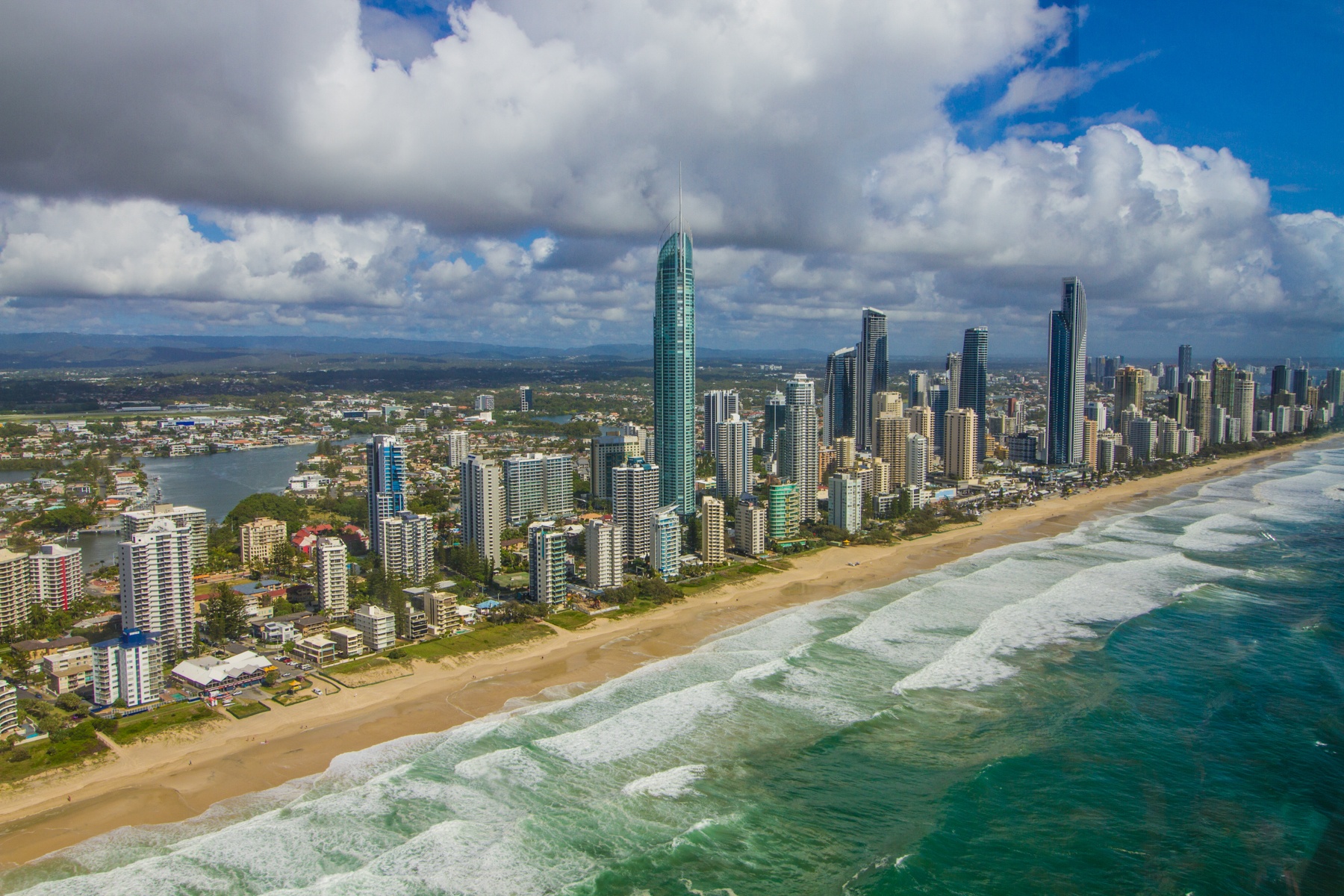 Today marks one year until Australia’s Gold Coast welcomes athletes and spectators from around the globe for the 2018 Commonwealth Games. As host cities go, the famed Queensland coastal destination almost had an edge on the competition on entering the bid. A uniquely diverse natural setting, with white sandy stretches, lush rainforest and beautiful bushland, each within driving distance of the next; a culinary scene to rival Sydney and Melbourne; theme parks and shopping experiences to entertain in between events, not to mention the endless list of activities on offer for the healthy traveller. The Gold Coast is set to shine. 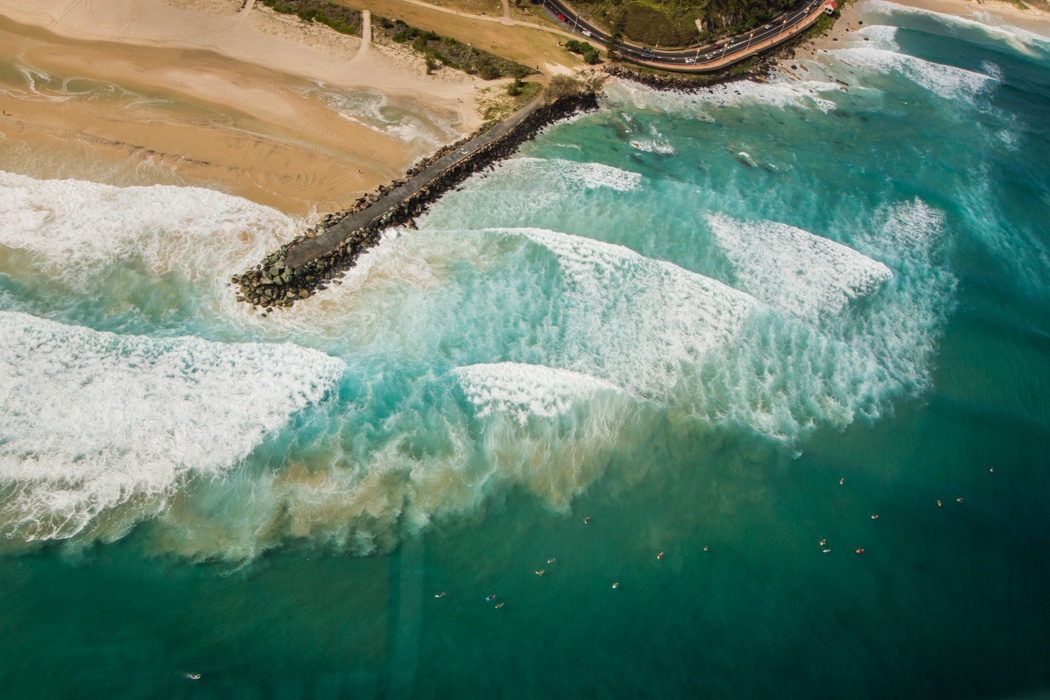 As we hovered in a helicopter above the emerald coastline of the famed Surfers Paradise stretch, surfers were dotted among the rolling sets, white froth forming beautiful blurred lines, breaking up the gorgeous gradations of green. Sunlight bounced off the glass of the waterfront high-rise buildings set just back from the sand, as we glided passed. Circling around The Spit, boats bobbed in the protected bay behind. I was consumed by a snapping frenzy, fearful I wouldn’t be able to accurately capture the beauty of the scene on camera. As someone who had come to Surfers Paradise on holidays as a child, I was overwhelmed by what stretched out below us. I had never seen the Gold Coast like this and I couldn’t imagine a better place to act as an authentic Australian backdrop to a world-class sporting event like the Games. 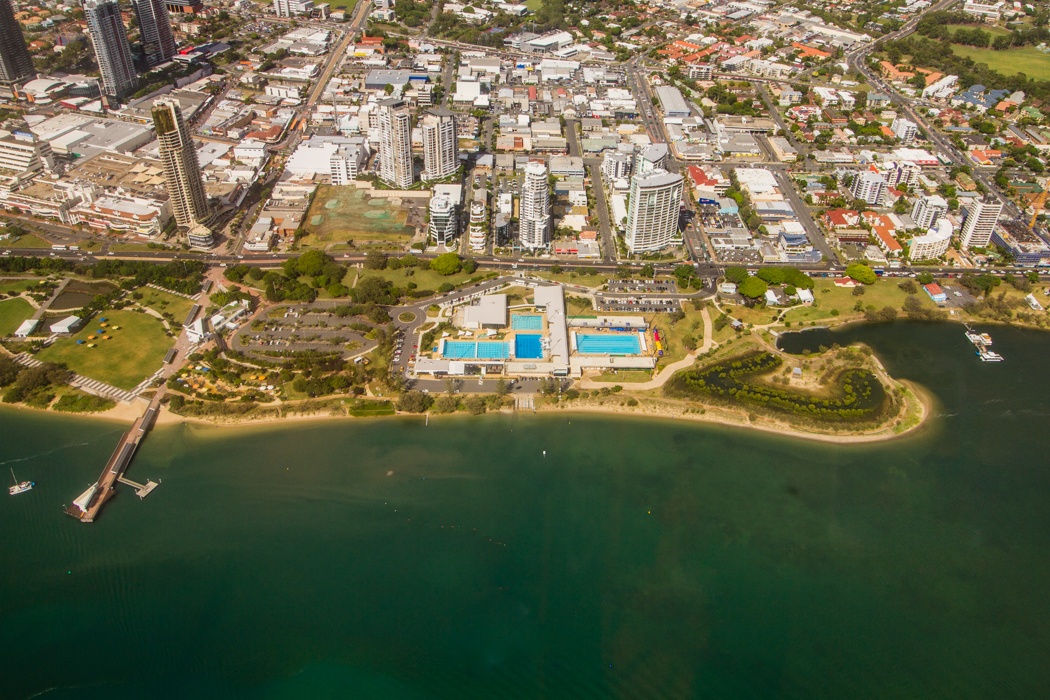 The Gold Coast Aquatic Centre in Southport will be the venue for swimming and diving events at the 2018 Commonwealth Games. Image © Skye Gilkeson

The Commonwealth Games venues are spread around Gold Coast proper, up to Brisbane, Townsville and even as far as Cairns in far north Queensland. 18 sports will be represented at the Games during the 11-day event. With a $2 billion budget, the final touches are being made to each of the venues as they prepare to host up to 1.5 million spectators (and make everything sparkle for a broadcast audience of 1.5 billion). As Olympian and Head of Sport for the Games, Anita Palm sat beside me in the helicopter her excitement was obvious as she described each of the venues from the air. A Queensland native, it was no doubt a special moment for Palm who grinned from ear to ear as she pointed to the nets on a bare Coolangatta Beach, which will no doubt look very different when it hosts the Beach Volleyball next year; Palm’s own sport. 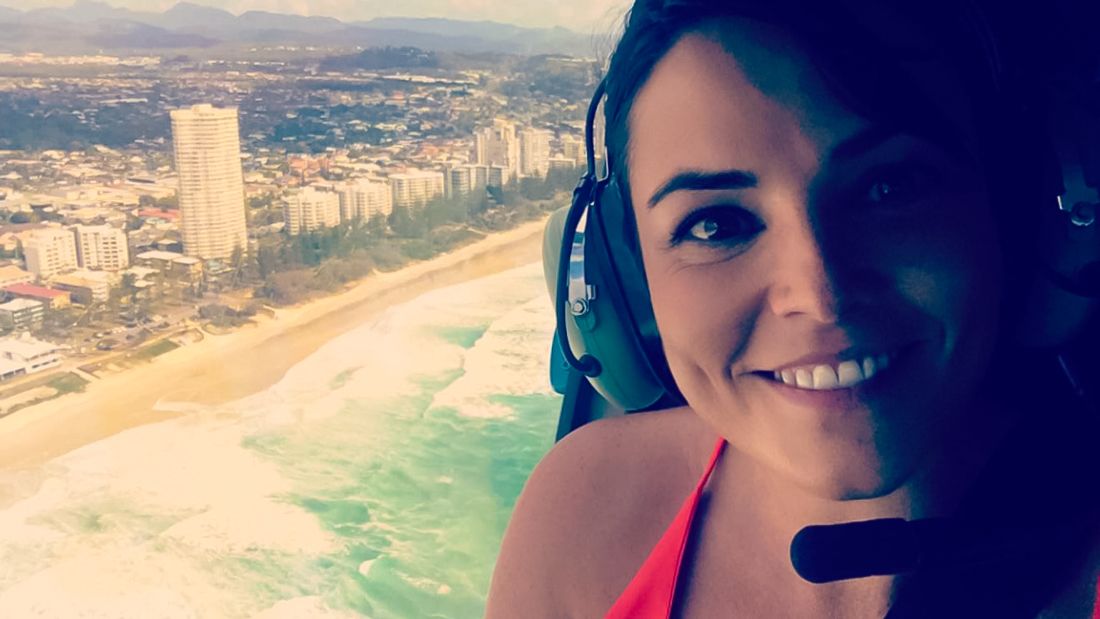 The incredible view from our helicopter tour of the Gold Coast Games venues with Sea World Helicopters. Image © Skye Gilkeson

With all the travelling I do, there is one thing that always strikes me when I return home. That is how down-to-earth and friendly most Australians are. This is something I have particularly noticed since moving to Queensland just over a year ago. When it comes to tourism, it’s the friendly faces of the 15,000 volunteers that will be one of the Gold Coast Games’ greatest assets. The volunteers working at the Games will be Australians who are not only passionate about our incredible sporting culture, but about the country itself. Like Anita Palm, a range of Australia’s elite athletes will also act as ambassadors to promote the Games and Queensland as a travel destination, and to ensure the event runs smoothly. Sally Pearson, Anna Meares and Kurt Fearnley are just a few of the many famous faces you can expect to see during the Games countdown in the coming year. One such ambassador is former professional cyclist, Robbie McEwen who took us on a bike tour from Burleigh Beach, past his cafe, Piccolo Espresso in Miami along the coastline. Travelling at a much more leisurely cadence than the cyclist’s well-known sprint pace, he spoke of his excitement for the Games and how it will showcase the lesser known parts of the coast that he loves, interrupted every few minutes by locals stopping to say hello to him. 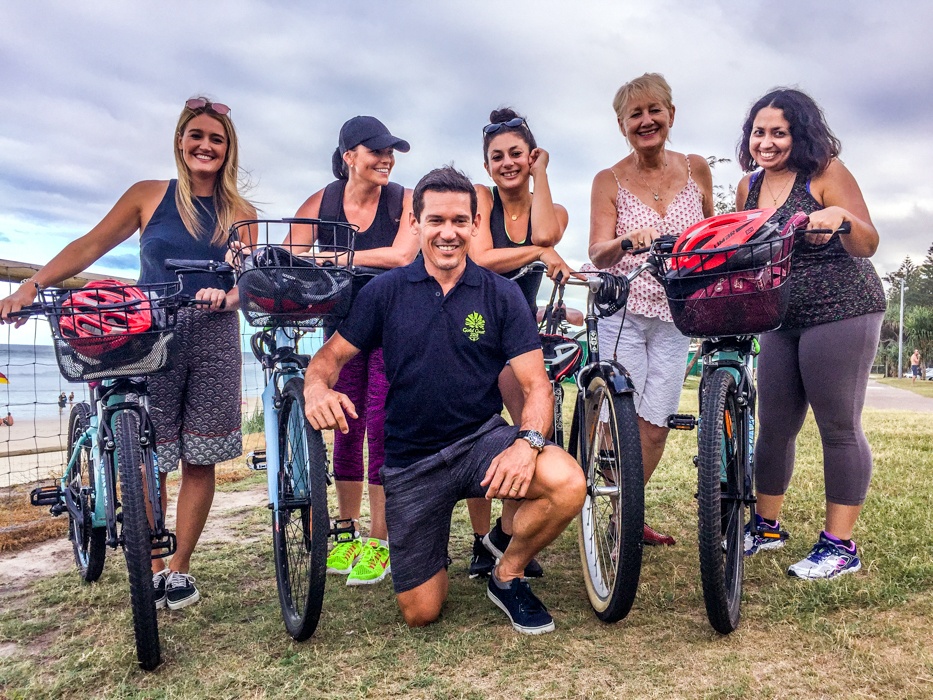 The Games Buzz has Begun

With 1.2 million tickets about to go on sale (the request phase opens April 24) the 2018 Commonwealth Games buzz begins. The Games will see visitors from around the country and the world rallying to watch 6,600 athletes from 70 nations compete. There is nothing that quite compares to the energy that an international sporting event of this magnitude brings, as those who were in Sydney in 2000 would attest. Some tickets have been priced with family affordability in mind and example of the family focus of the event. So, it’s no surprise then that safety is a high priority on the Games planning agenda, along with helping spectators move between venues with little delay. Spectators will be given free public transport during the event (inclusive of Cairns and Townsville) with rail, buses, shuttles and park and ride all on offer. With venue parking unavailable walking and cycling the coastal tracks is also encouraged. 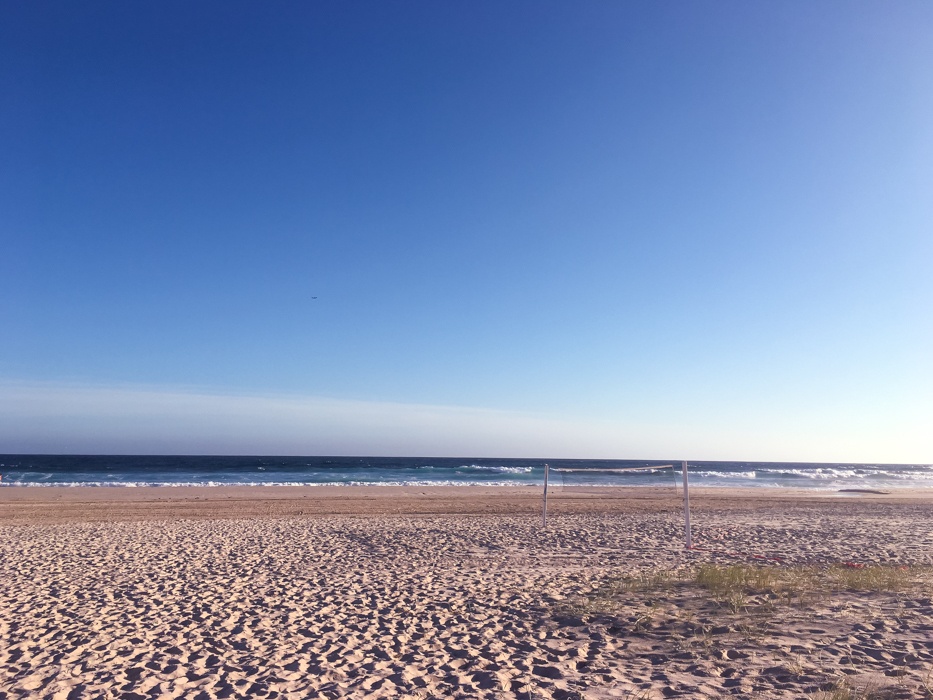 The Gateway to Beautiful Queensland

It would be a mistake for visitors travelling to the Gold Coast for the Games not to extend their trip to explore more of Queensland. There is so much to do on the Gold Coast itself. But a short drive will take you to some of the country’s most beautiful beaches, incredible hiking tracks in the hinterland carrying you remote watering holes or waterfalls and many other natural marvels. In Brisbane for the cycling or shooting? Get to know this very underrated city while you are in town. Do some shopping or people watching on James Street, take the kids for a swim and hit the markets at the famous Streets Beach in South Bank, work your way through the city’s laneways and cosy up in a wine or whiskey bar, grab a pint at one of the local craft breweries or jump on a ferry to Eat Street near Hamilton for some street food. For spectators watching the Basketball in Cairns or Townsville, book a trip to the iconic Great Barrier Reef, jump in a 4WD for a safari to Cape York or explore the picture postcard islands just a boat ride away, for a true far north bucket list experience. There is so much more to see in Queensland during your time on the Gold Coast. Build you itinerary and book early so you don’t miss out.

Plan your trip to the Gold Coast

The Fit Traveller was a guest of Tourism and Events Queensland for our trip to the Gold Coast. As always, the words, images and opinions are authentically our own 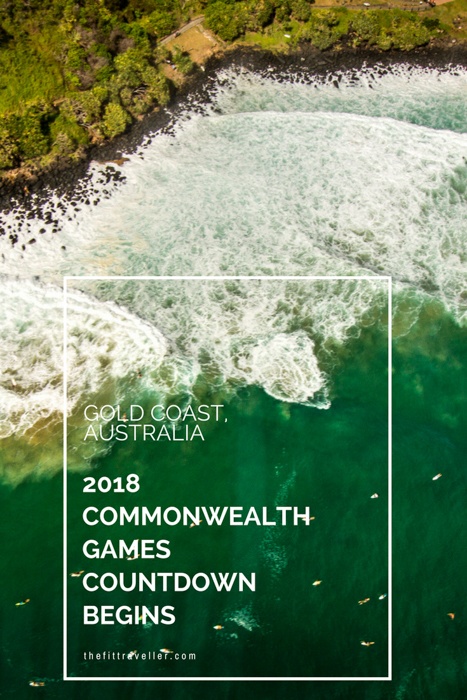